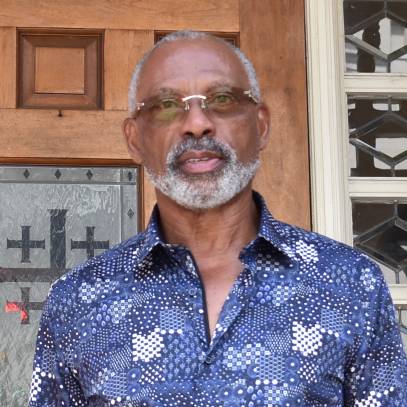 Africa and the Caribbean

Bernard Moitt teaches courses and does innovative and path-breaking research on both sides of the Atlantic – Africa and the Americas – with emphasis on French West Africa (principally Senegal), and the French Antilles or Caribbean. He has gained a national and international reputation for his pioneering work on women and slavery – the primary focus of his research and numerous publications. His book, "Women and Slavery in the French Antilles, 1635-1848" (Indiana, 2001) – the first comprehensive English-language study of the subject – has been enthusiastically received by the scholarly community, as well as by lay people, and is being used to teach undergraduate and graduate courses in institutions in Europe, North America and the Caribbean. His edited book, "Sugar, Slavery and Society: Perspectives on the Caribbean, India, the Mascarenes and the United States" (University Press of Florida, 2004) deals with the impact that sugarcane and slavery had on societies in various parts of the world. In addition to ongoing research on women and slavery in the French Antilles, Professor Moitt is engaged in a pioneering study of slavery and guardianship in urban Senegal during the nineteenth and early twentieth centuries. Since 1997, he has also directed a demonstrably successful and highly sought after history and culture study-abroad summer program to Barbados that attracts an ethnically diversified body of students from VCU and other universities in the United States.